United States, 2021 – New World Report has announced the winners of the annual Software and Technology Awards.

The last twelve months have been a crucible of change. Long-standing paradigms were cast aside, and previously indominable industries suddenly found themselves on unsteady ground, their foundational strengths stripped away. Software and technology, in many ways, offered scaffolding and support, with companies of all sizes and in all locations finding an increased demand for their expertise in the wake of great need. Businesses who had never considered e-commerce suddenly found themselves needing to pivot to thrive in a year where nothing could be taken for granted. Entire workforces found themselves working from home, with many companies lacking the infrastructure to accommodate.

Whilst technology has, for the last decade at least, seen itself thrust into a role of crucial importance, 2020 has only magnified this role to new heights. It’s with all of this very much in mind that we launched the 2020 edition of the Software and Technology Awards. As always, we have endeavored to acknowledge the efforts of these pioneers and disruptors of modern technology, as well as those who have sustained excellence and exhibited long term dedication to their commitment to the development and advancements in technology.

Awards Coordinator Gabrielle Ellis took a moment to speak on the achievements of those recognized. “It is always a pleasure to highlight the companies that work in the technology sphere, especially with consideration of the challenges all businesses and all industries have faced over the last year. I offer a sincere congratulations to all of those acknowledged in this program and hope you all have a fantastic year ahead.” 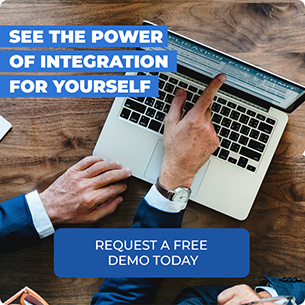 InterWeave has been recognized as an industry leader for years with a strong emphasis on user interface and customer support.

© 2018 Interweave All rights reserved. Privacy Policy. Designed & Developed by: Rhino Marketing Group
All brands and their products, featured or referred to within this site, are trademarks or registered trademarks of their respective holders and should be noted as such.